This week on the Live Stream Insiders there were a number of interesting case studies using Facebook Live, YouTube live and Periscope including examples of 360 live streams.

You can watch the replay of the Live stream Insiders show lower down in this article, or on YouTube. Every week on the show we cover the latest live video news, case studies and live stream for business tips. In this episode we discuss:

Watch the replay of the Live Stream Insiders below.

Scroll down this page to access all the links for the stories we discussed on this weeks Live Stream Insiders Show PLUS the learn about the latest social and digital marketing news.

Remember if you have questions about live video for your organisation you can schedule a conversation with me here – it is a FREE service I offer to help you work through the options that are right for your specific requirements and this will help you build your brand online NOT detract from your brand as we see in so many cases (including with some people who offer paid programmes on live streaming!)

If you were not able to attend the recent Social Media Summit Ireland conference and are interested in seeing the presentation and accessing my resources you will find them here.

Find the archive of our past shows for the Live Stream Insiders here – if you prefer you can subscribe on YouTube to get notifications when replays are posted.

Access all the links for the stories we discussed on this weeks Live Stream Insiders Show are detailed below with the exception of the Knight Centre story about the use of Periscope for news which can be found here. 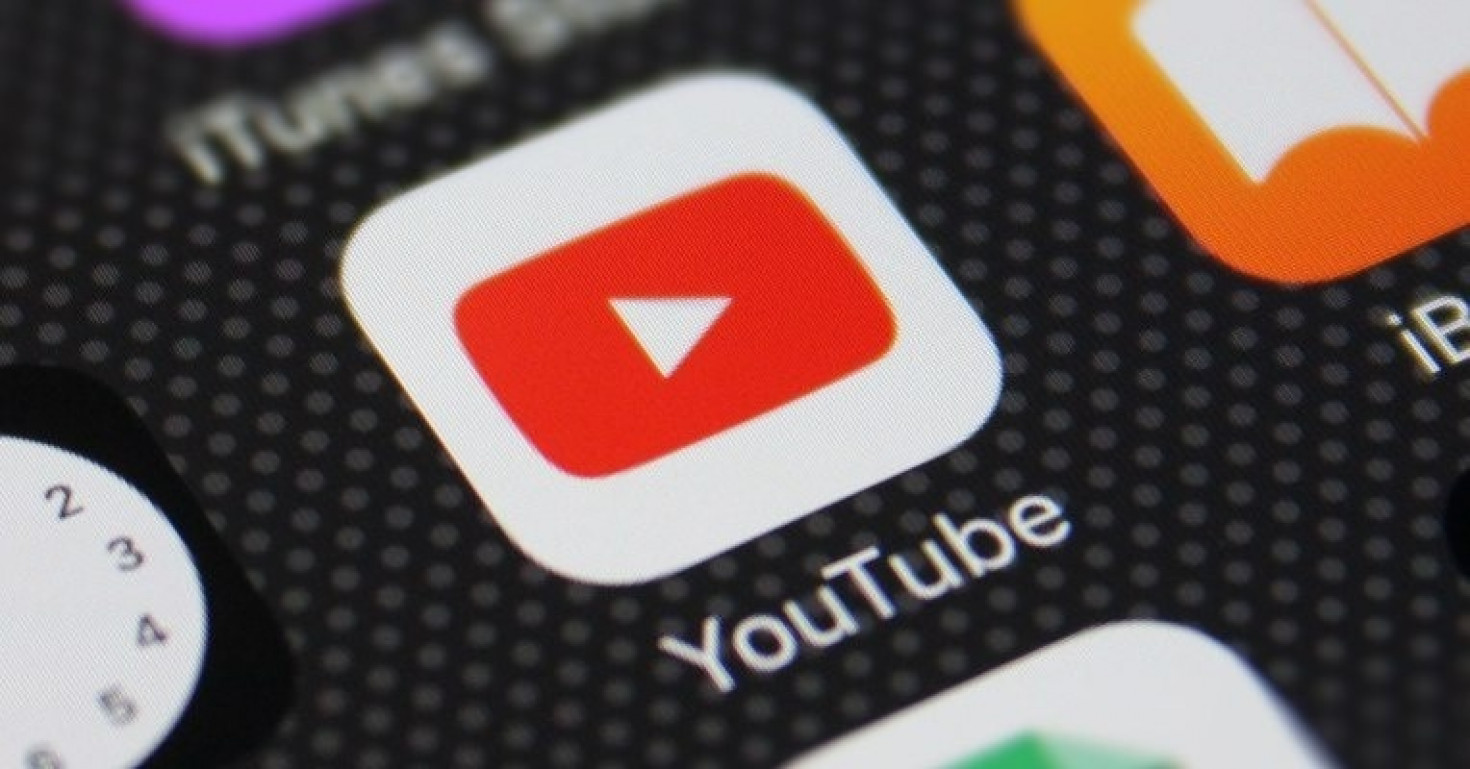 As we spoke about in a previous episode of Live Stream Insiders, YouTube recently dropped the requirement down to 1,000 subscribers for mobile live streaming through the YouTube app.
It seems this update resulted in an increase in downloads of the YouTube iOS app as it subsequently rose up to the top of the App Store. I referenced this in my curation of live video news for week of 23 April 2017 – we did not get the opportunity to speak about it then so we covered it in the show this week. 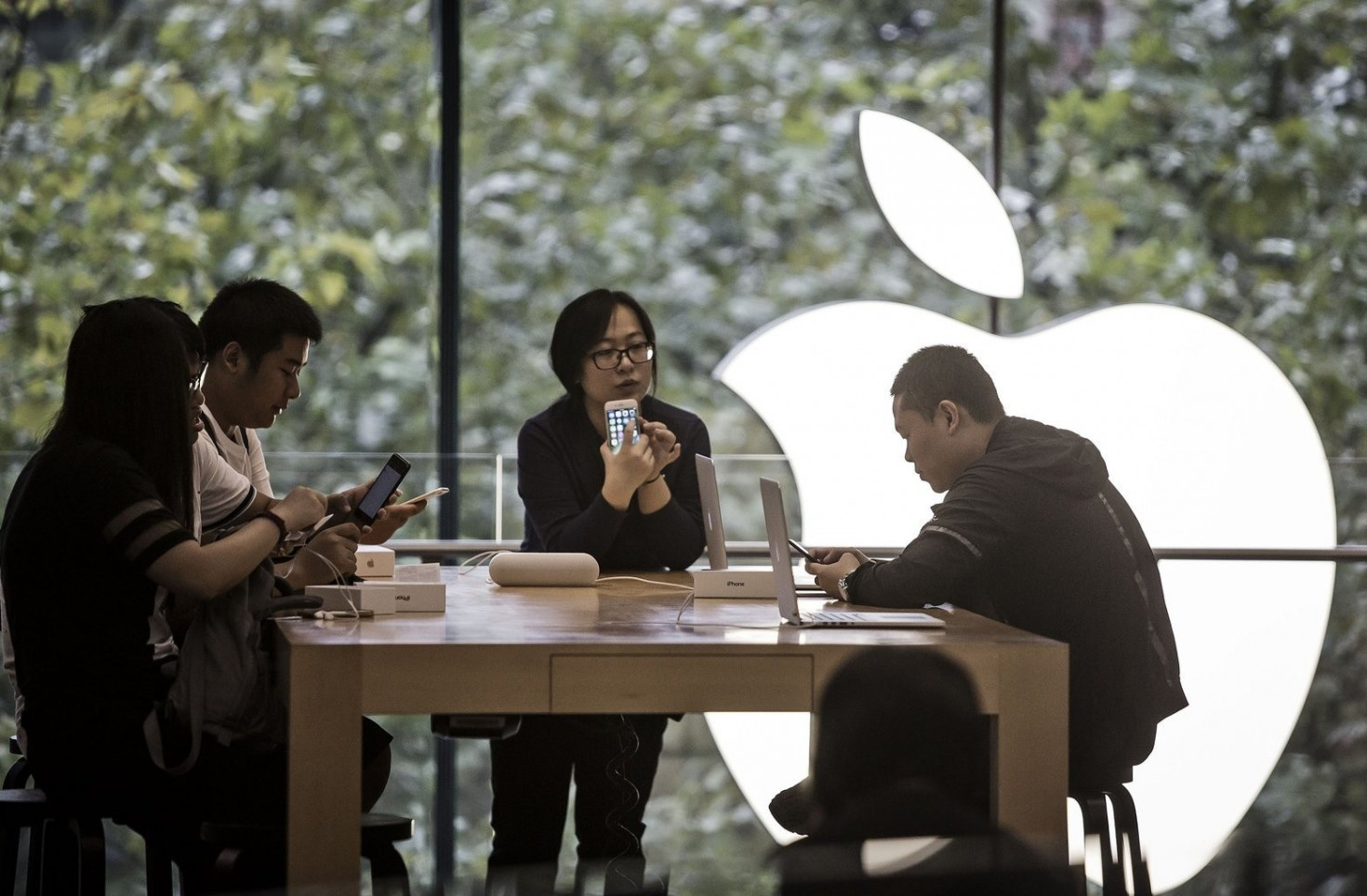 Beijing’s Cyberspace Administration is summoning Apple to ask that it subject Chinese news and live-streaming services to more stringent app reviews to ensure they conform to regulation.
The announcement was made in a statement by the agency on its WeChat social-media account.
The regulator stated:

“These services lack rules on verifying information, dealing with emergency situations and guaranteeing their technology, They also have significant loopholes in supervising live-streaming content, managing viewers, verifying the identities of users and dealing with complaints from the public,”

Unlike Alphabet’s Google, whose Play Store for mobile apps is banned in China, Apple’s App Store is open to Chinese consumers and helped drive surging sales growth from services in 2016.
Read more > 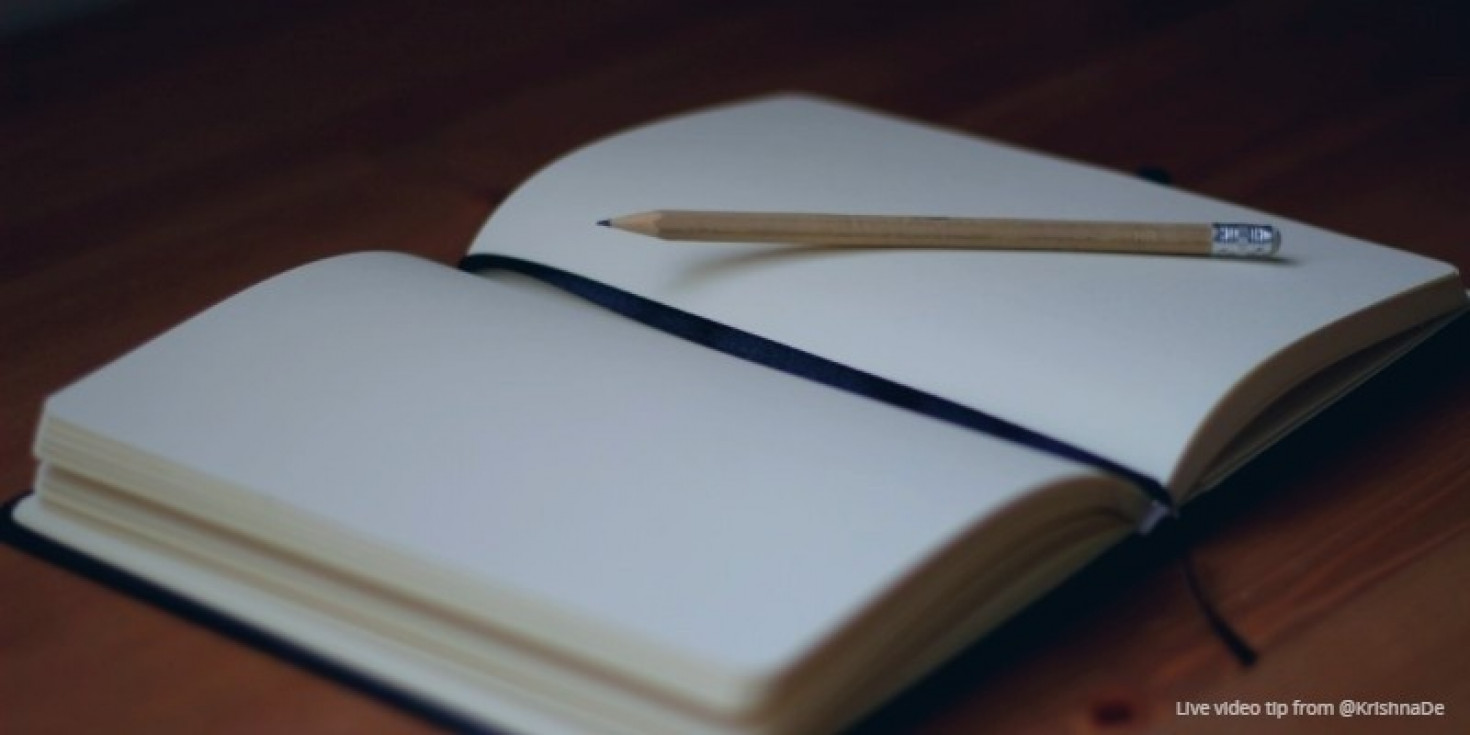 This article cover the importance of preparation for your Facebook Live streams and how that can reinforce your brand – even if it looks as though your live streams are casual events.
For example, are you looking at how you can promote your brand through your visual identity in your live streams? Have you planned to engage with your audience during your live stream and perhaps involve a member of your team community to help you with commenting?
If you need assistance in exploring how you can build your brand through live video you can schedule a meeting with me here to discuss how you can integrate live video into your marketing and PR plans.
Read more > 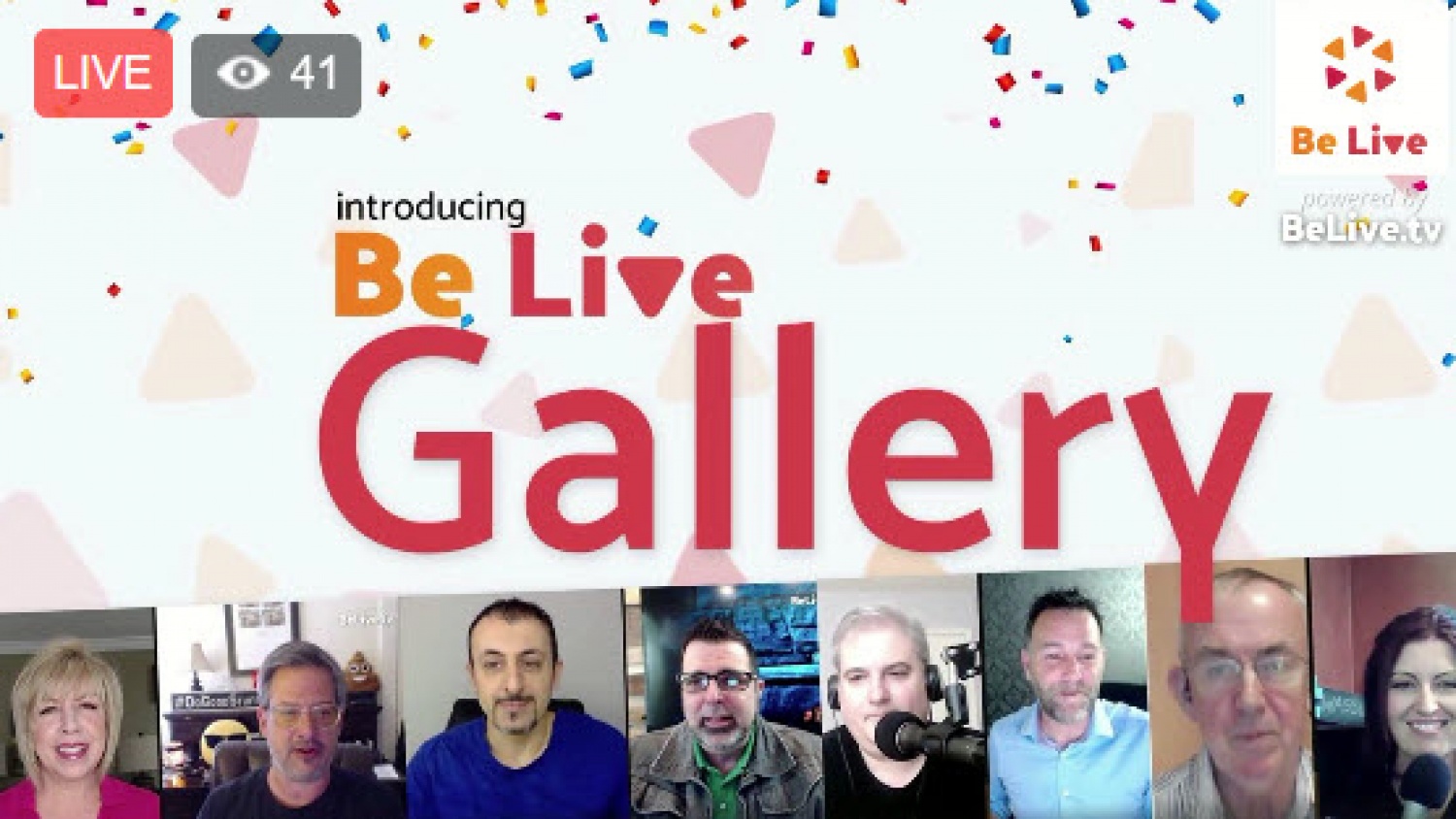 One of the ways to keep people engaged when watching your live stream is sharing visual content or different camera angles.
The live video platform BeLive.tv is introducing a new feature this week which enables broadcasters to share images from a gallery during the live stream. Rather than introducing a screen share feature, this is powered by allowing users to share content from a Facebook photo album.

BeLive.tv is still in beta and is currently free – this new feature however, will be available to users who have access to the Talk Show feature that allows three people to be on screen at a time.

Learn more about BeLive.tv from this tutorial.
Read more > 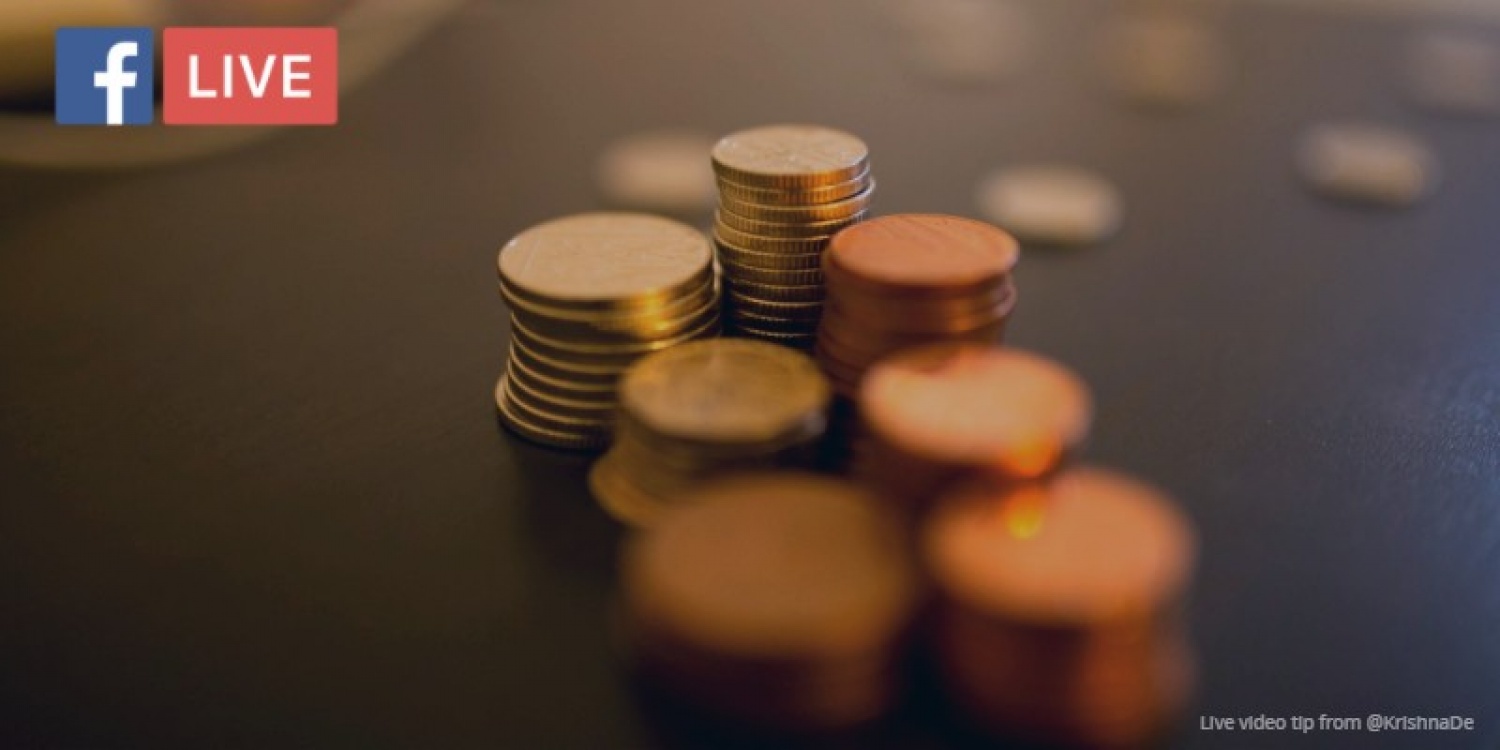 Recode reports that Facebook is offering to pay publishers to create more produced video as part of a plan to push the company’s new ad products.
This replaces the agreements that Facebook previously had in place for live video production.Facebook will be paying publishers a monthly fee in exchange for a minimum amount of produced video every month which can be a combination of VOD and live video, but live video cannot account for more than half of the monthly content.
The videos must at least 90 seconds long, with live videos at least six minutes in length to count toward the deal.
Read more > 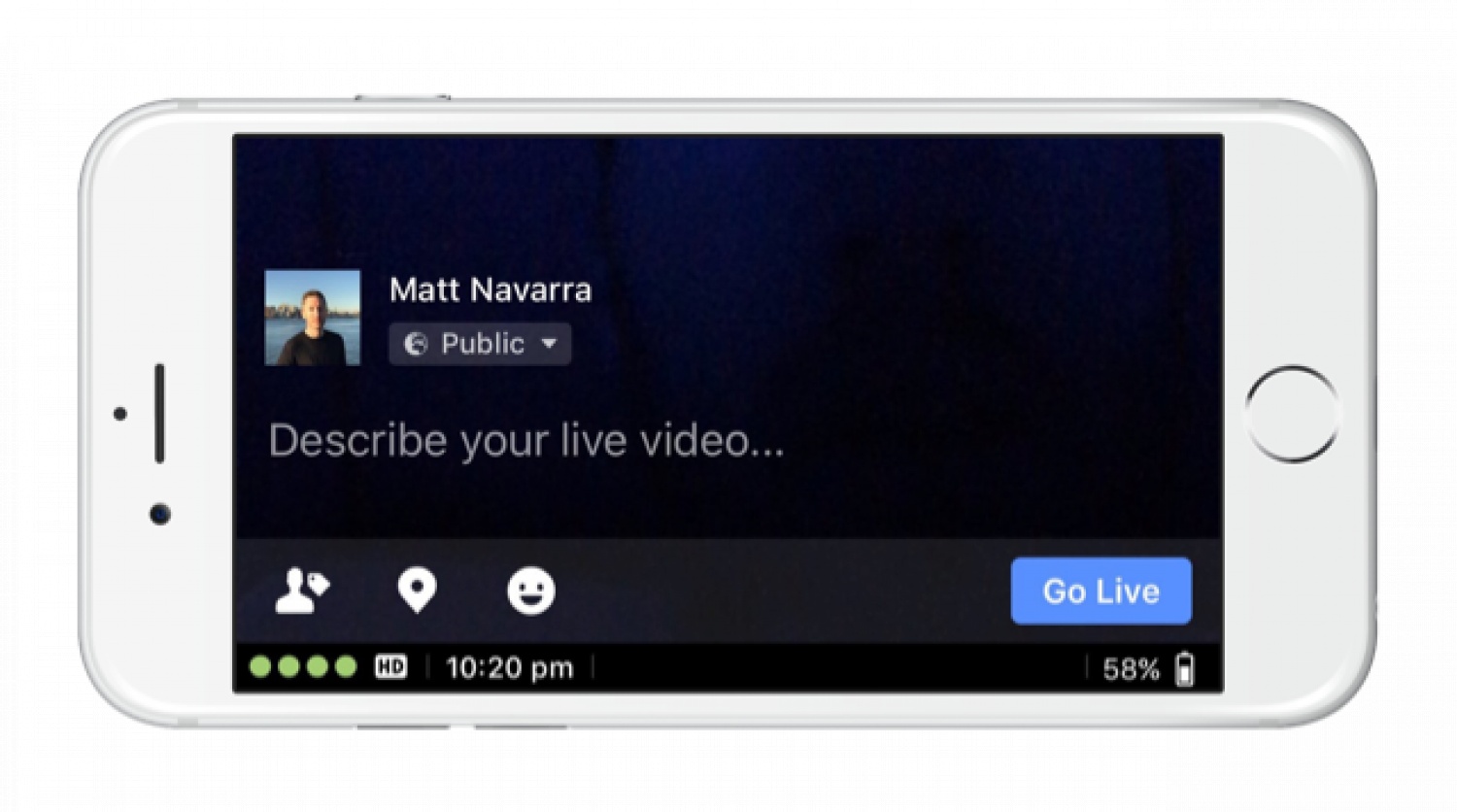 The new Camera Effects Platform is now available in the Mentions app.Developers can create effects that respond to what’s happening in a Live broadcast.

You can also see the HD ready signal, battery status and data signal before you go live.

Let’s hope these features will be available soon for all users of Facebook Live through the Facebook and the Pages apps.
Read more > 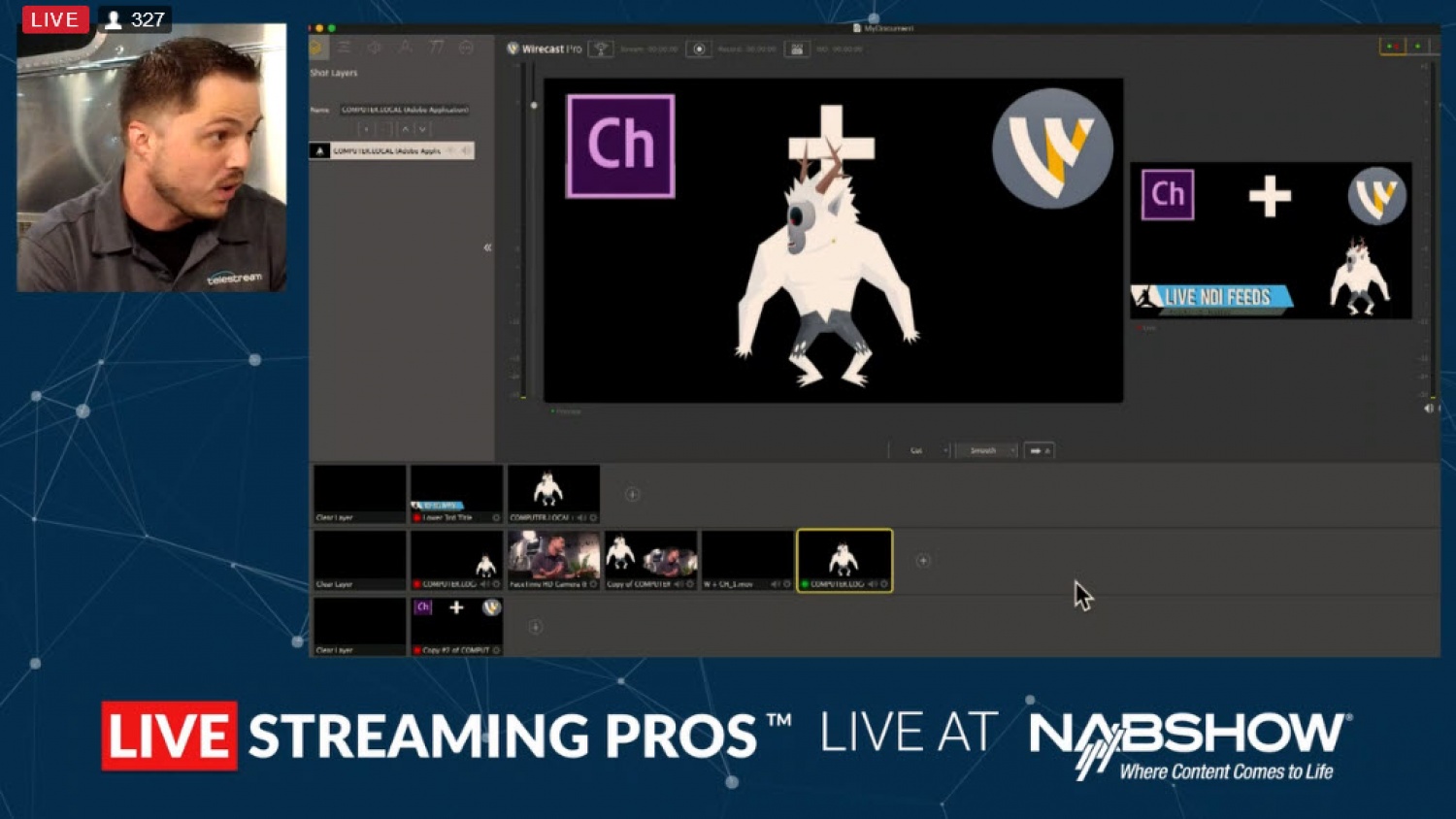 Wirecast introduces the ability to create animations in live streams, powered by Adobe

I watched a number of live streams from the NAB show this week and one interesting development is a new innovation from Telestream Wirecast.

They have partnered with Adobe so live video producers can now create and share animations in live streams. Can you imagine using this feature in a stream? 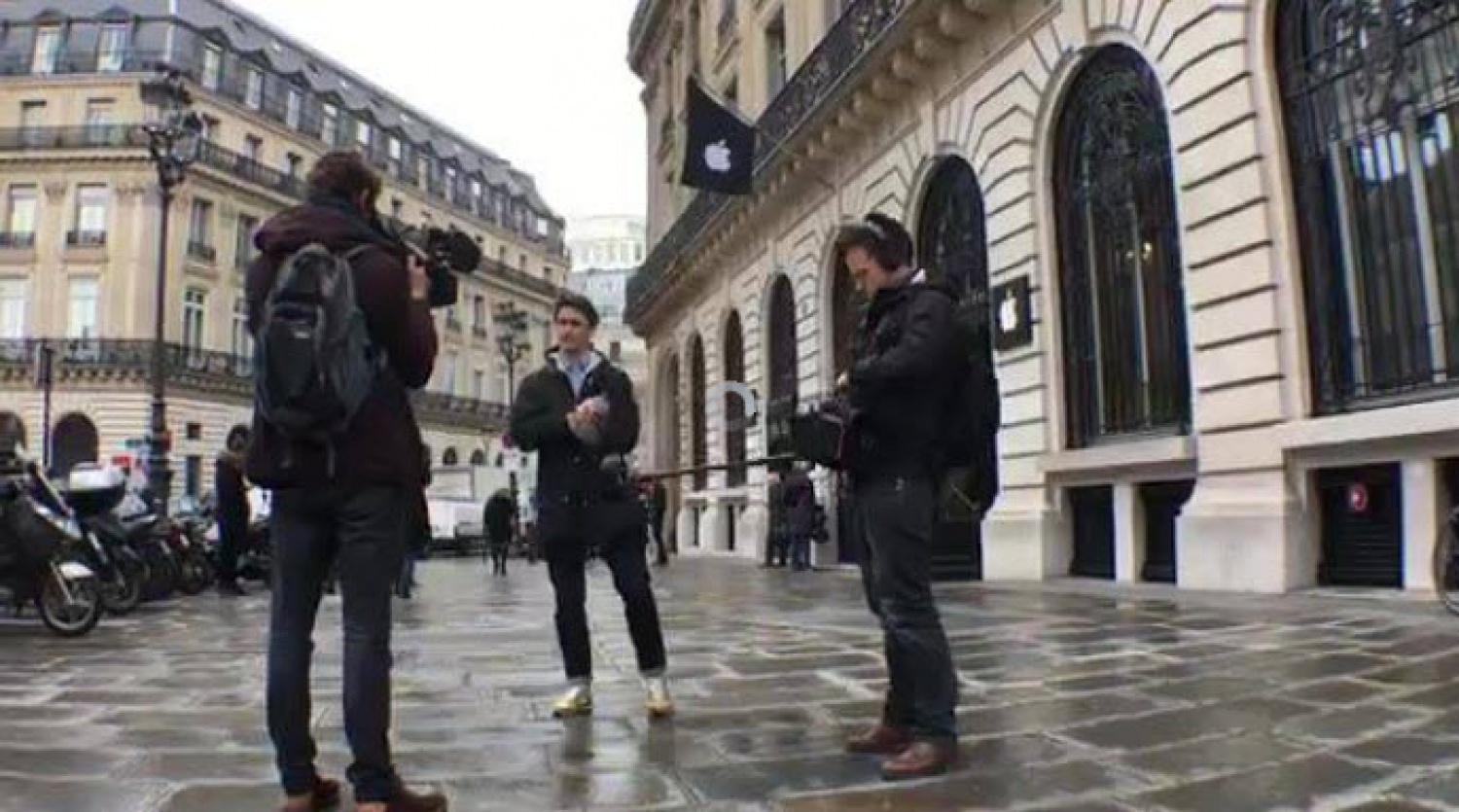 A French publication (France Info) has one of their journalists creating content using Facebook Live. France Info streams for no more than an hour and the videos also get edited into three-minute “capsules” that air on both TV and social media.

They show online hoaxes to pedestrians, asks for their thoughts, then gradually reveal that the information is false. In the comments section below, a community manager posts links to the fact checks mentioned in the video. 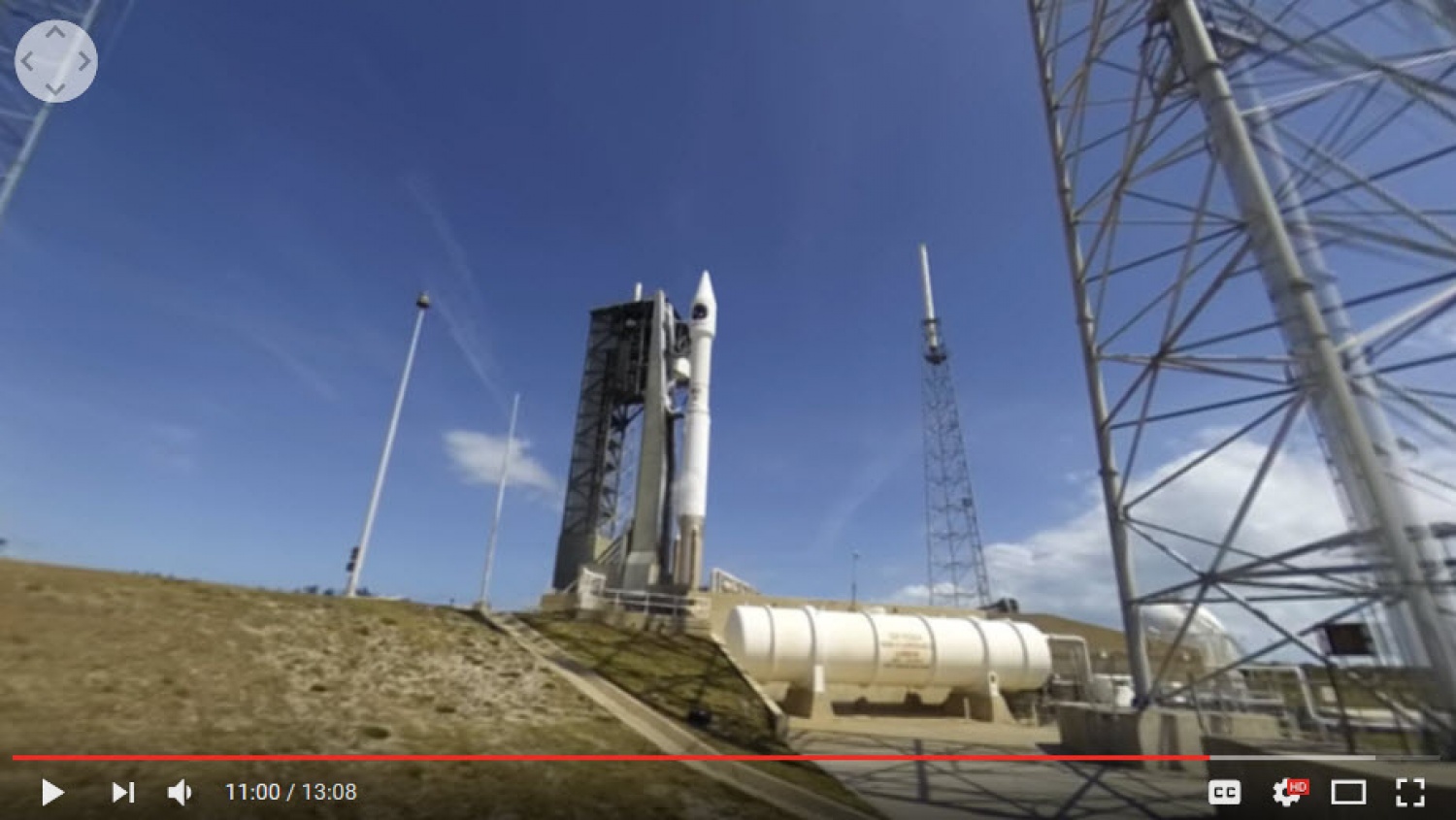 A couple of weeks ago we talked on the Live Stream Insiders about the 4K stream from space that NASA was hosting in conjunction with Amazon.
Around the same time was another live stream from NASA – this time a 360 live stream of a rocket launch.
The Science Times reported that the unmanned Atlas rocket to be live streamed in 360 degrees was transporting the space station supplies.
The 360-degree live stream on the NASA YouTube channel was made possible through using four fisheye lens cameras installed 300 feet (100 meters) from the rocket.
The four cameras were coordinated by a computer that was been placed in a blast-proof box. The computer received the clips from these cameras and pieced them together to provide the 360-degree surround view.
Read more about the 360 live stream here.
Watch the replay >> 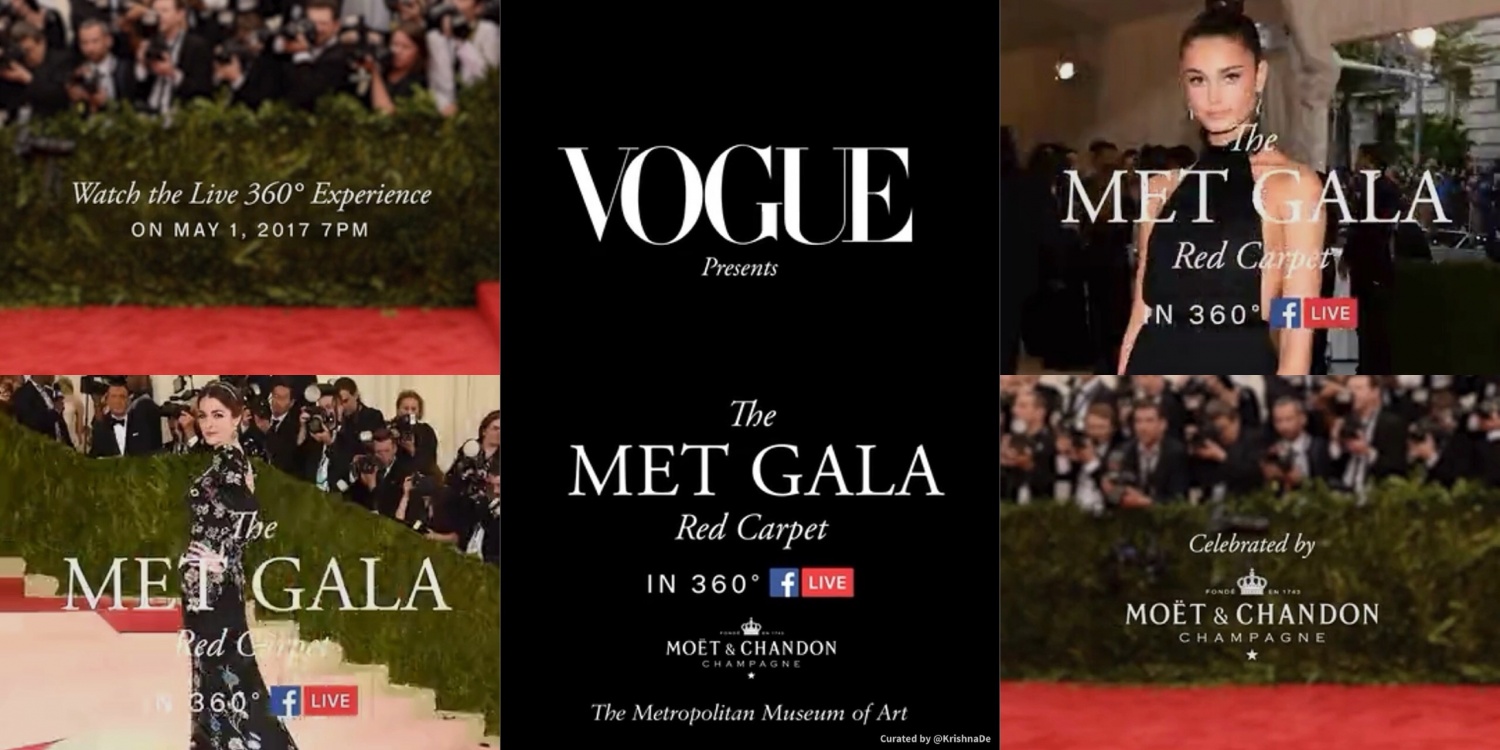 Vogue to stream the Met Gala in 360 on Facebook Live

On the 1 May 2017, Vogue will be livestreaming the annual Met Gala red carpet event in 360 degrees from Facebook, featuring ads from champagne brand Moët & Chandon.
The Met Gala is working with Facebook Creative Shop to set up the livestream, which will be the Met Gala’s first 360-degree broadcast. During the broadcast, Moët-branded bubbles will appear periodically as interstitial ads between footage.
Read more > 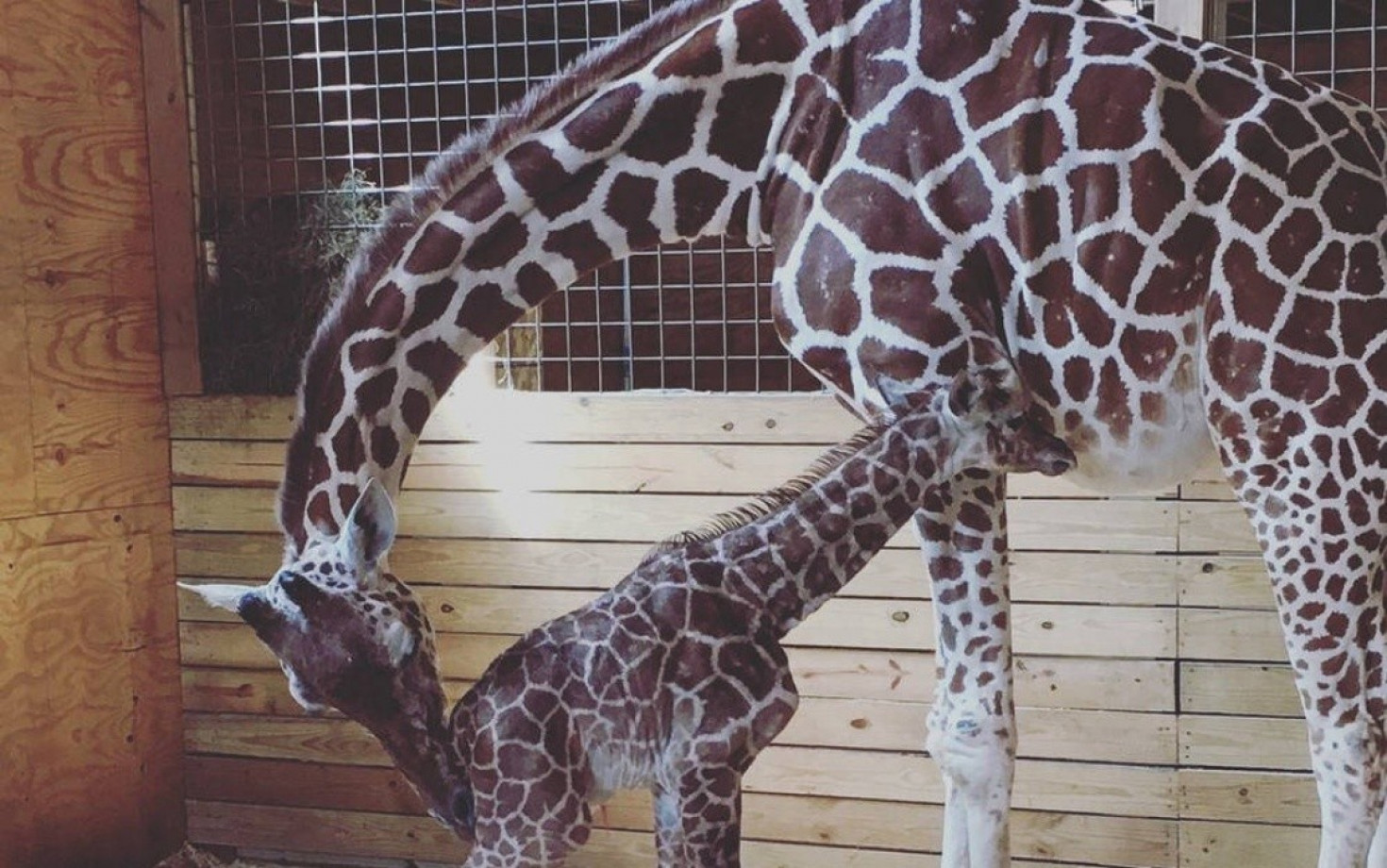 You may recall the story of April the giraffe and the Animal Adventure wildlife park posting a live stream ahead of the giraffe giving birth.
More than two months later, April successfully gave birth, and by that time, Animal Adventure’s “Giraffe Cam” had received more than 230 million views, according to data from YouTube.YouTube notes that the average viewer tuned in for 30 minutes, which led to a total watch time of 7.6 billion minutes, which translates to more than 14,000 years.
The stream peaked on April 15th, the day April of the birth and at one point, more than 1.2 million people were watching Giraffe Cam simultaneously. That viewership density ranks top-five all time on YouTube.
The park was also able to extract a significant amount of revenue from its stream thanks to its use of YouTube’s new Super Chats feature, through which it was able to earn more than 4,400 individual donations.
It just goes to show that sometimes longer live streams do pay!
Watch the replay here on YouTube.
Read more > 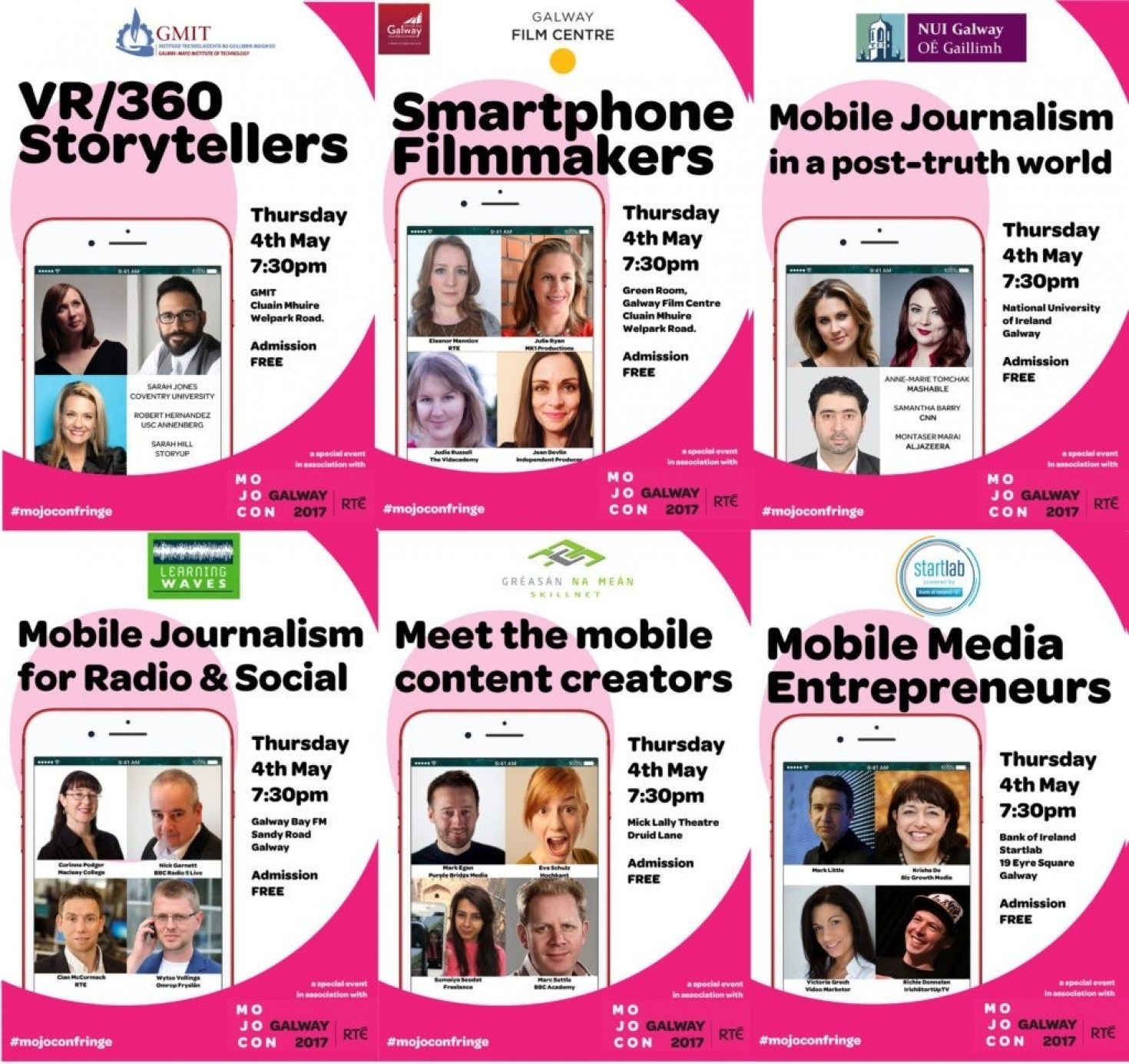 If you are in the Galway area the week of the 1 May 2017 and are interested in mobile journalism, take a look at the FREE events as part of the MoJoCon conference.

Events are being managed by partners so you will need to check to see if there are pre-booking requirements to attend.

I will be participating in the Mobile Media Entrepreneurs channel with Mark Little (ex RTE, ex Storyful, ex Twitter) so will be interested to hear what is next for him in his journey which has been an exiting one to watch – I remember first meeting him at the first ever Dublin Web Summit where we both spoke, while he was just starting his sabatical from RTE and starting explore social media marketing. What a great career he has had since!
Read more > 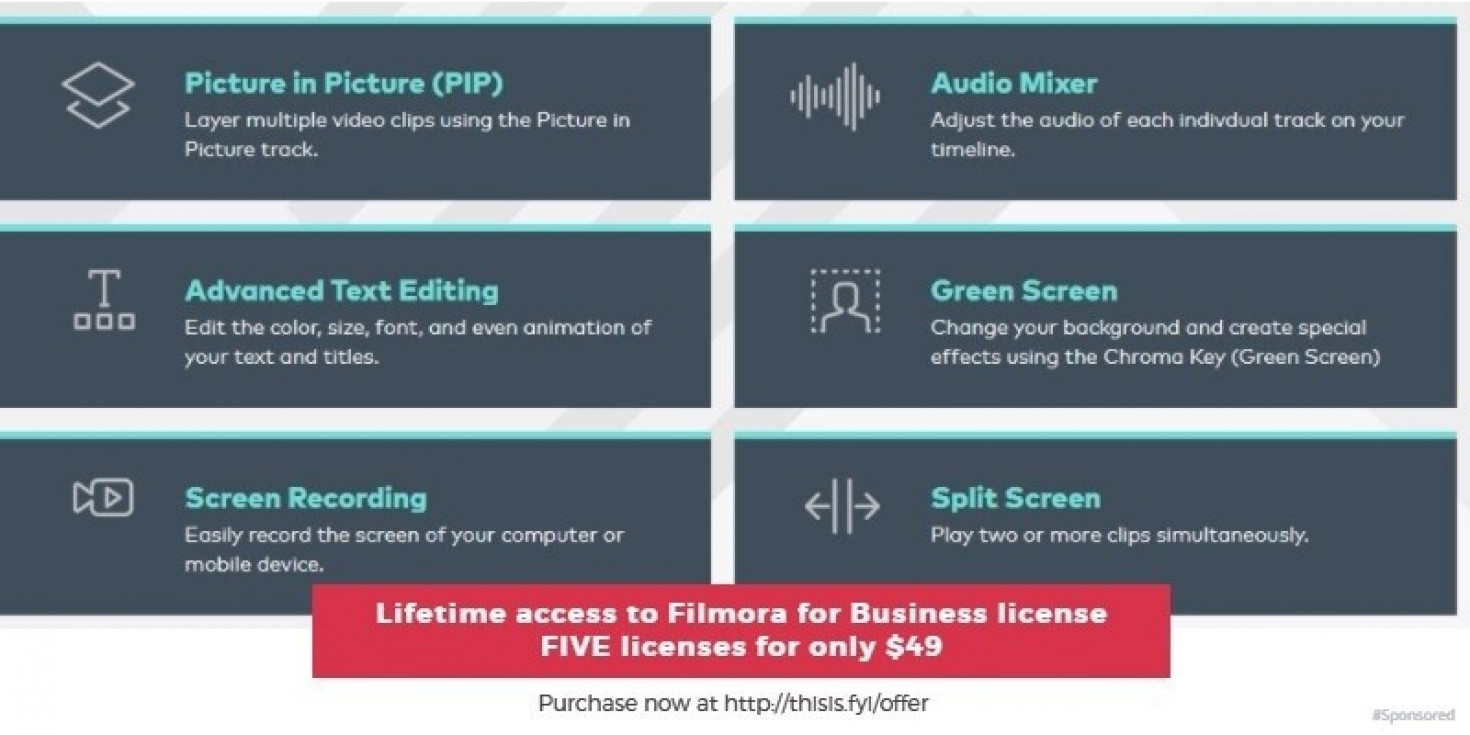 Get 5 lifetime business licenses for Filmora for US$49

If you are looking for an inexpensive video editing tool for your desktop check out this offer from Filmora – you could share this across your family and friends as you get FIVE business licenses (lifetime access) for only $49.
I use this app on my phone but the offer is for a much more powerful license than what is available on mobile – you could even edit gifs and create split screen videos so you could have Snapchat or Instagram stories easily edited into your video. Plus you can create engaging lower third captions, intros and exits to your videos.
Get the offer here – I don’t anticipate it being available for long.
Note: if you purchase through this link I receive credits (not cash) for referring you to it.
Read more >