I am trying something new this week which I hope you will find of value. I am publishing all the curated resources from the Live Stream Insiders show that I co-host each Sunday PLUS my round up of all the social media marketing and digital marketing news that I think we need to pay attention to. Usually I have been posting these links to Storify, but I am exploring this new way of sharing. Do let me know if you find the curation of assistance.

If you want to watch the replay of this episode of the Live Stream Insiders you will find it here.

I also mention at the bottom of the curation how to join my NEW free accountability group for those of you just getting started with live video – you will also find a link to all my resources from the masterclass I delivered on the topic of live video at the Social Media Summit Ireland. If you need a speaker on the topic of social business and live streaming then you can schedule a conversation with me here. 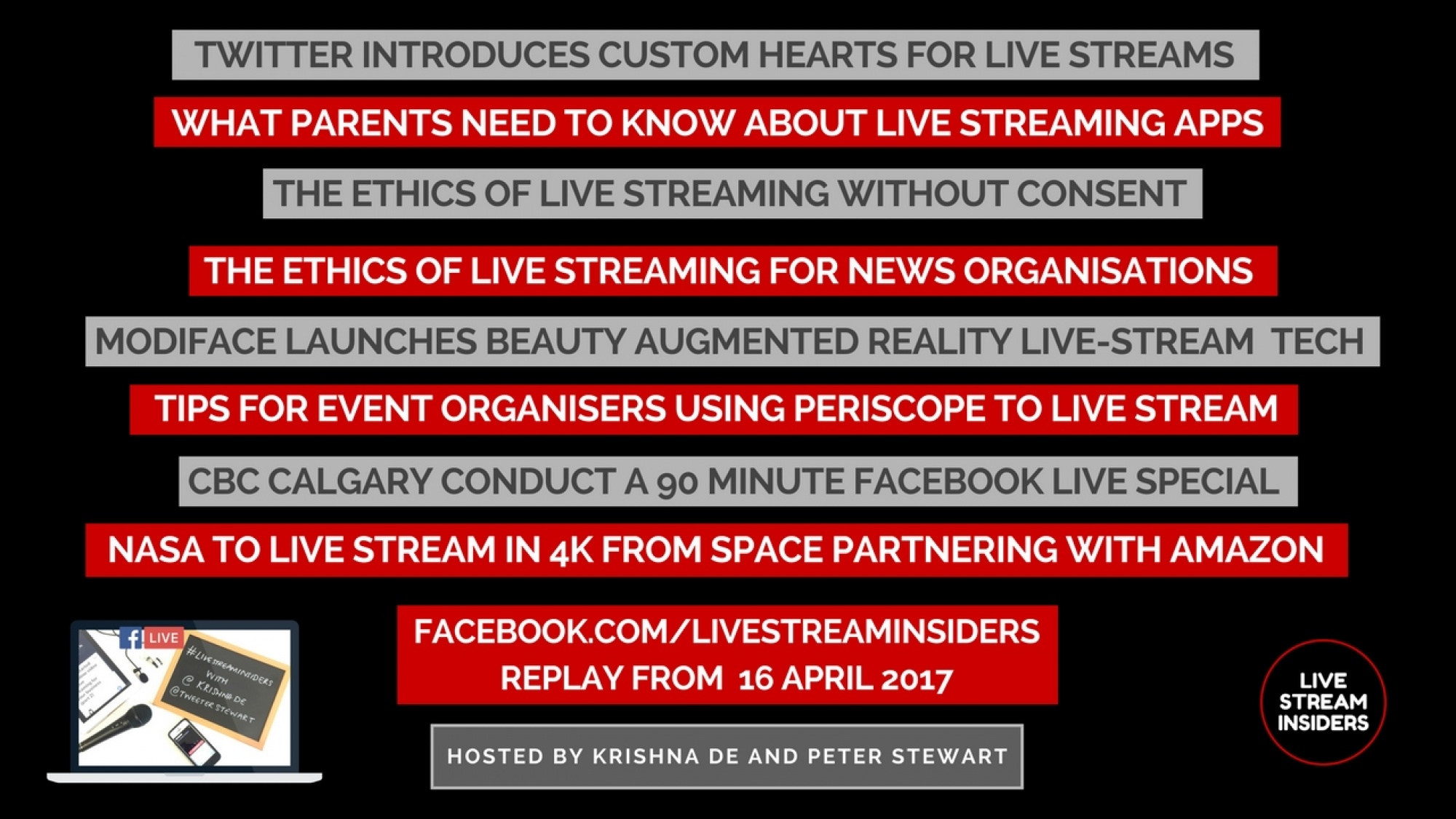 Every week on the Live Stream Insiders Show (broadcast live from Facebook at 7pm/2pm ET every Sunday) we cover the latest news in the world of live audio and video, case studies, tips and technologies. In this episode there was a theme of ethics and permissions for live streaming.
All the links for the resources and news articles we discussed are available here in this post and you will find additional resources that will help you if you are looking to integrate live video into your social business model.
You can watch a replay of the Live Stream Insiders Show here on Facebook. 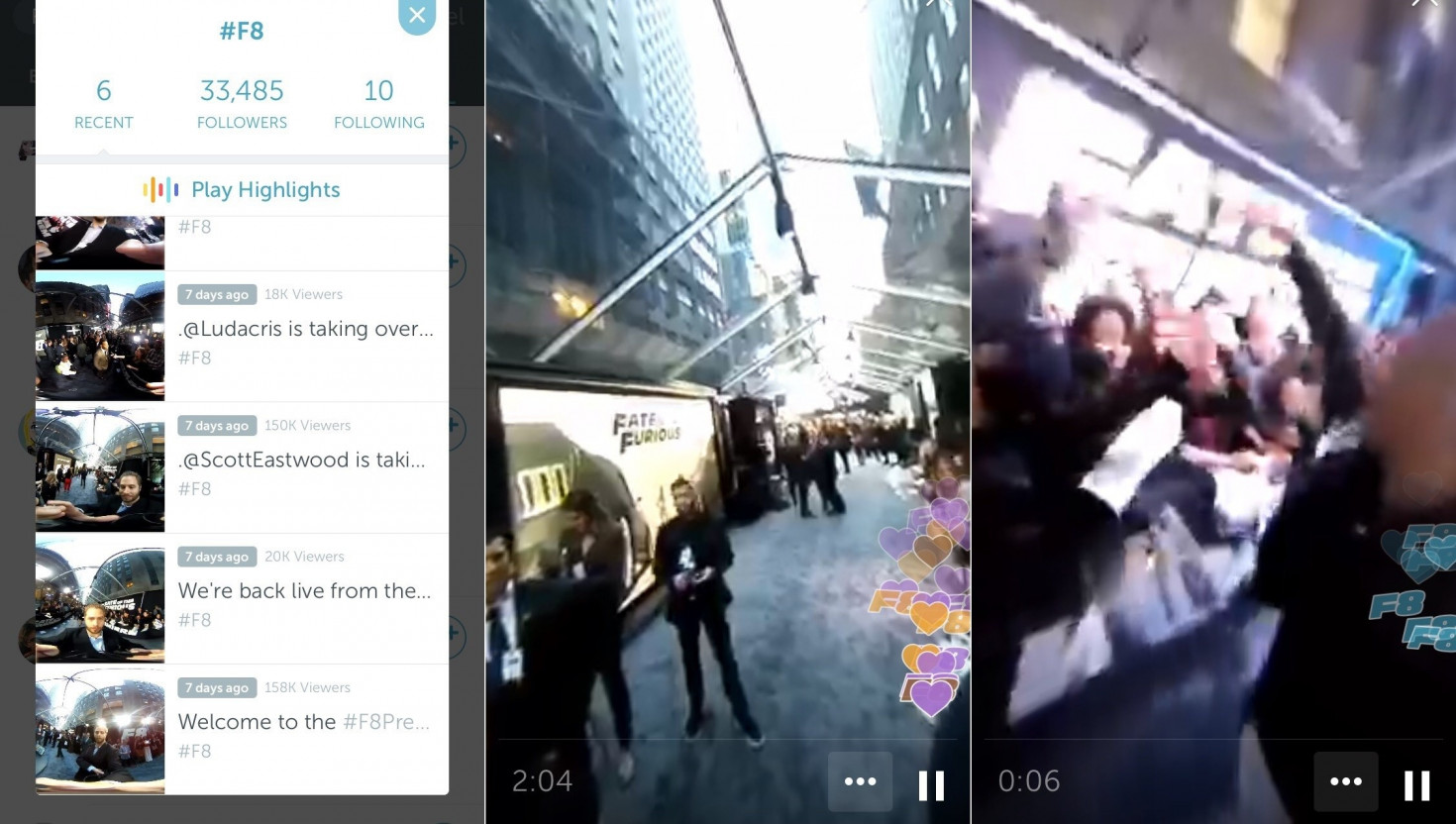 Twitter announced that brands can now create their own “custom hearts” for use in Periscope’s live video. The customisations can be used alone or combined with pre-roll ads in brand sponsorships of broadcasts, NBC Universal is the first brand to integrate custom hearts in live video – they hosted 360 streams on Periscope for their latest movie “The Fate of the Furious” (see the screen capture).
Read more about the new feature on the Twitter blog and in this article on Mobile Marketer
Read more > 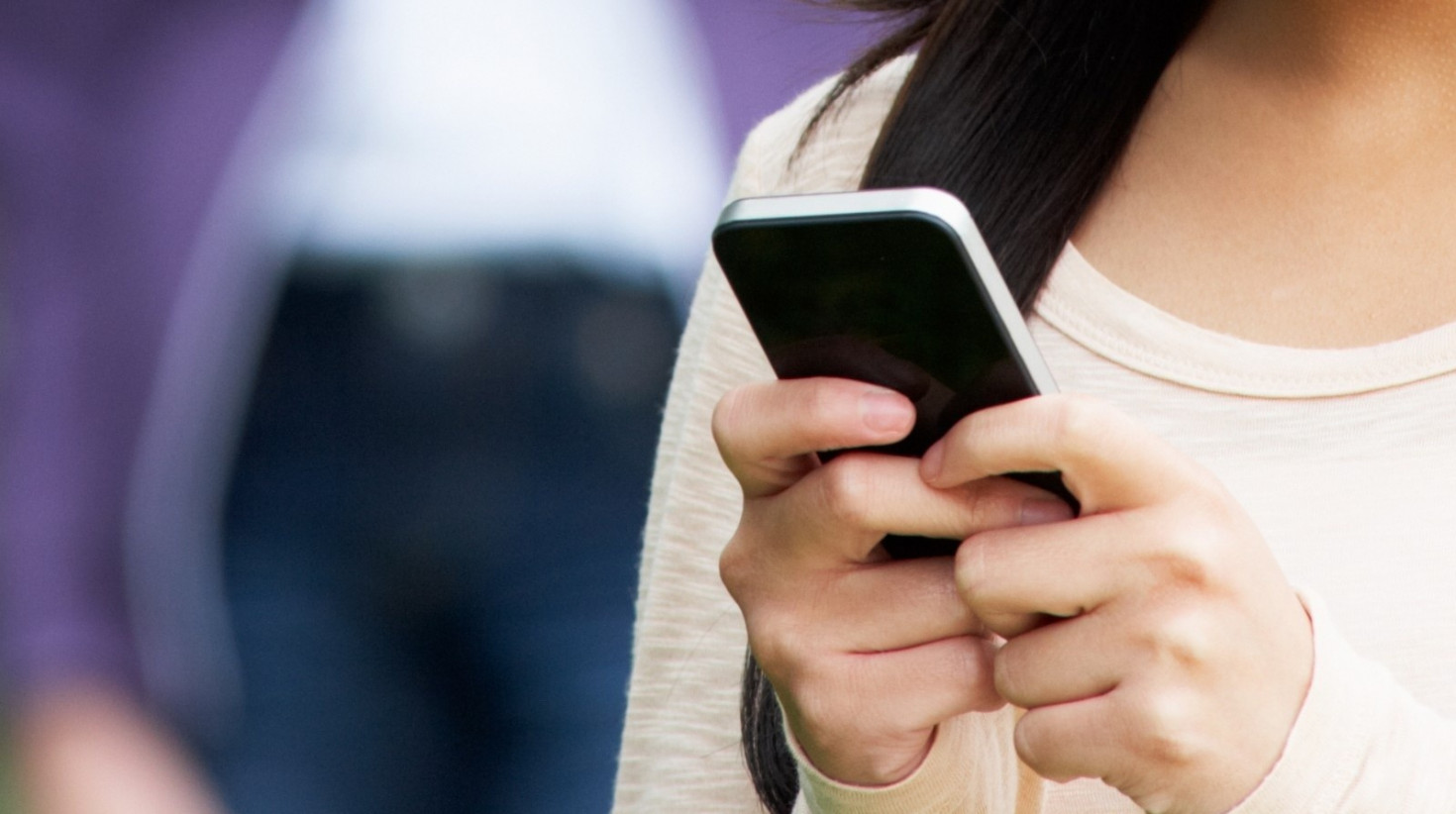 What parents should know about live streaming apps

This is a useful feature article talking through some of the most popular live streaming apps that your teens and tweens may be using.
Krishna’s advice: Key things to be aware of for all live video apps are the issues relating to privacy (check the location settings), the cost of live streaming (make sure you check your teens data use on their phone) and the risks of grooming and cyberbullying.
Read more > 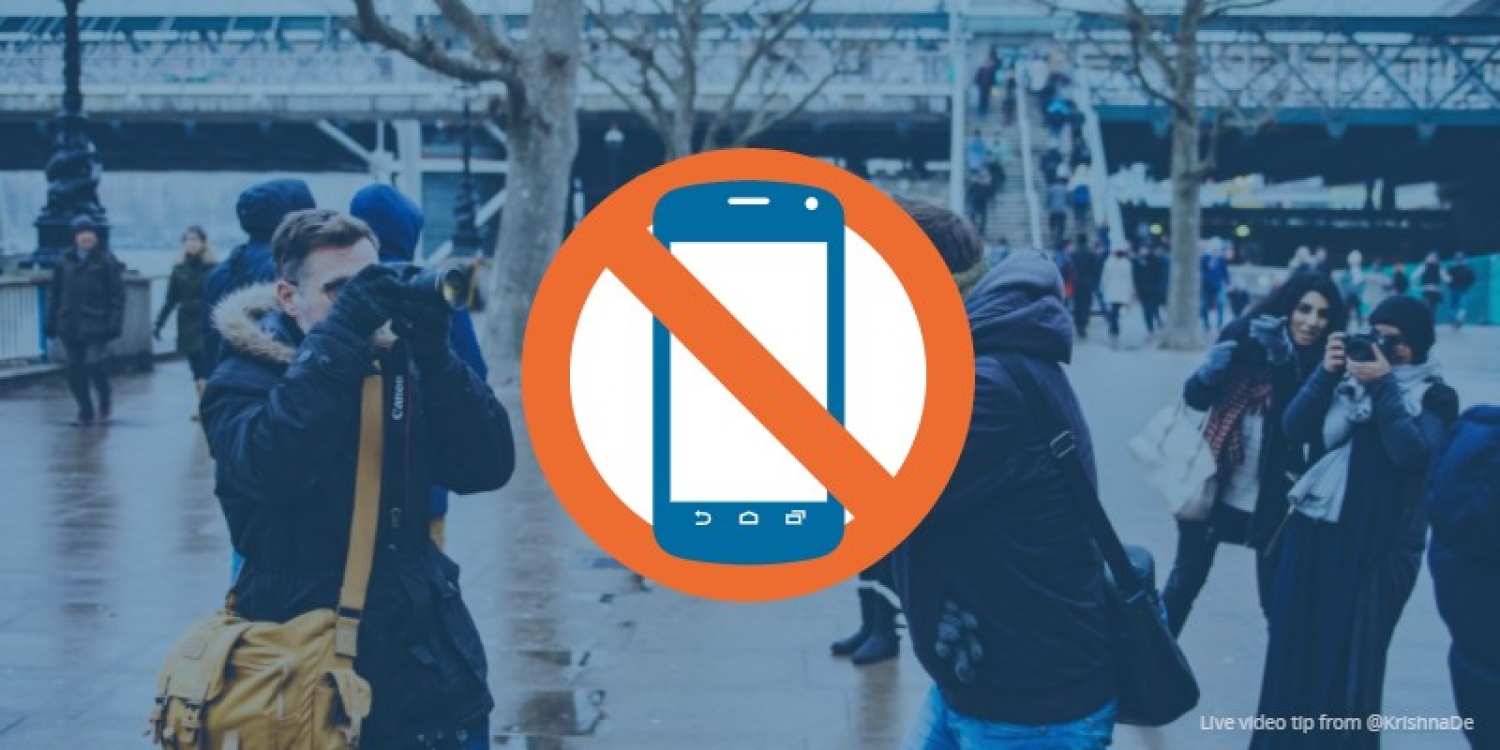 The ethics of live streaming someone without their consent

It is good to see an article about the ethics of live streaming and if you need the consent of people before you capture them on film.
Krishna’s advice: Make sure you check out the permission to live stream, not only the content such as including music in live streams which may breach copyright, but also the location and the people you are featuring in the live stream This is particularly important in the case of live streaming from events and when minors are in the stream where permission needs to be sought from their guardian.
Read more > 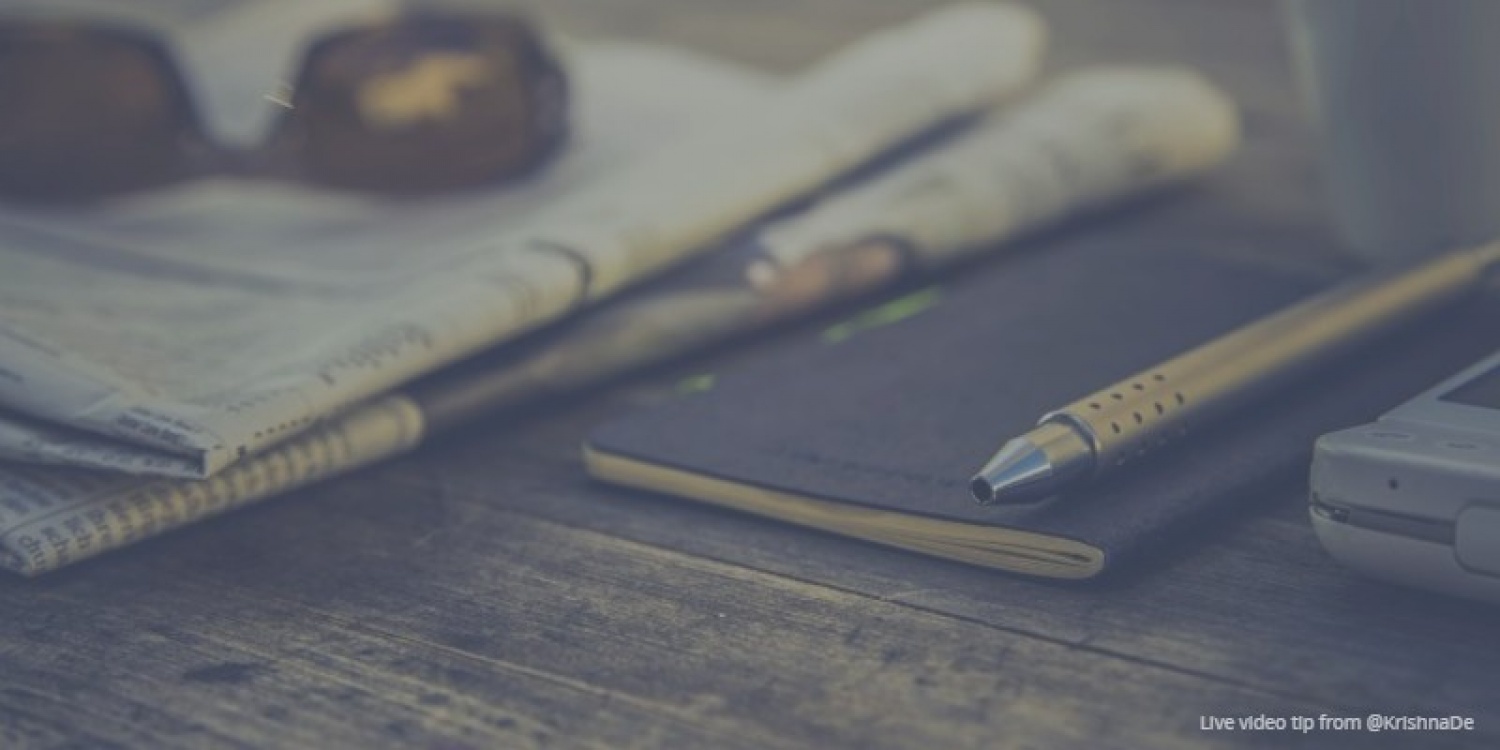 The ethics of live streaming for news organisations

An interesting overview of a panel discussion at the International Journalism Festival in Perugia – panelists were from the BBC, Channel 4, Storyful and Twitter.
Read more > 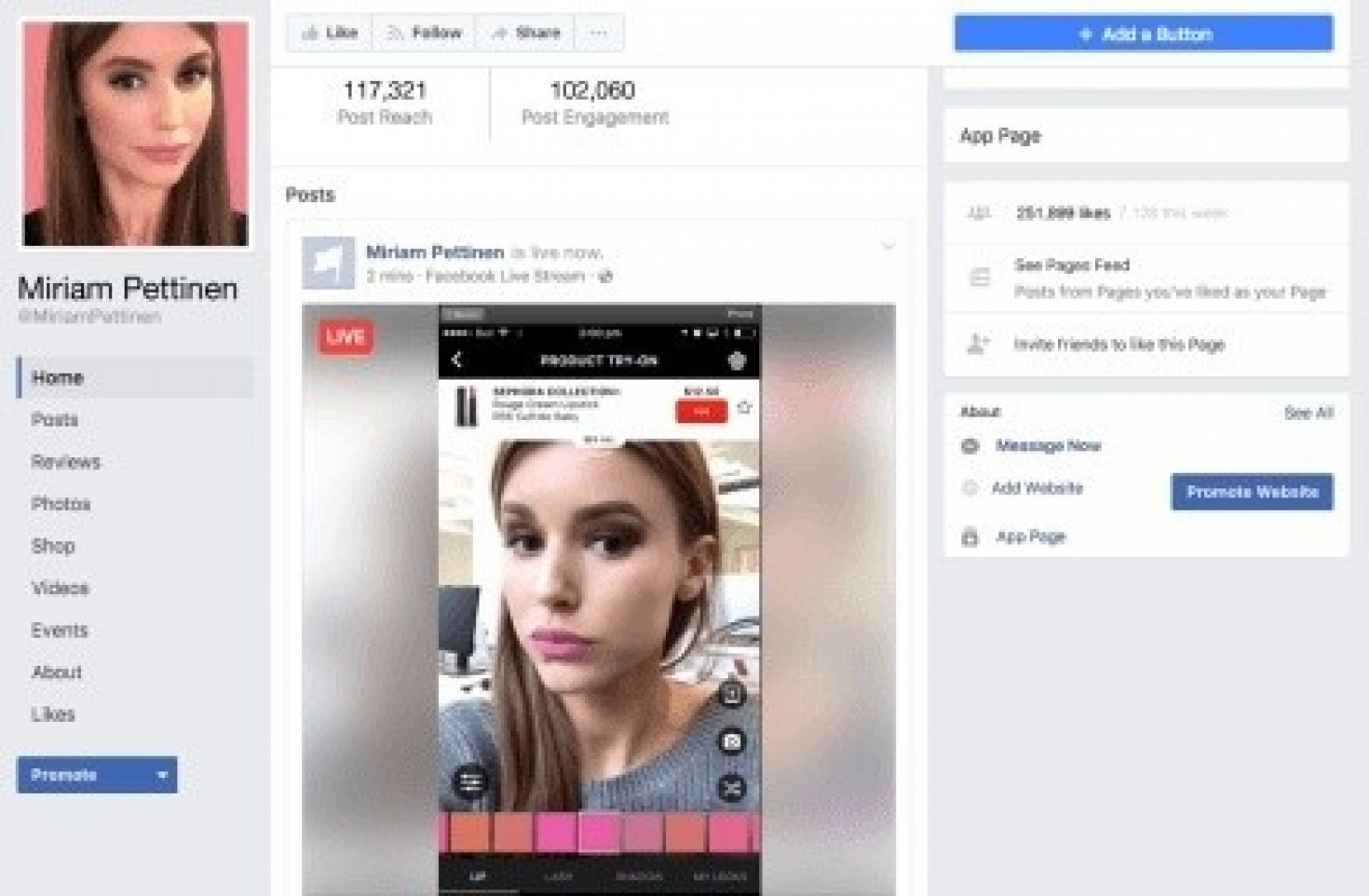 ModiFace launches the ability for their partners (makeup artists and brands) to broadcast live virtual makeup – a new opportunity for social selling. Sephora is one of the first brands to use this.
Brand consultants will be able to provide virtual consultations for clients based on their own photo and virtual applications of products on the photos. Learn more about the innovation in this article on VentureBeat and TopBots.
Read more > 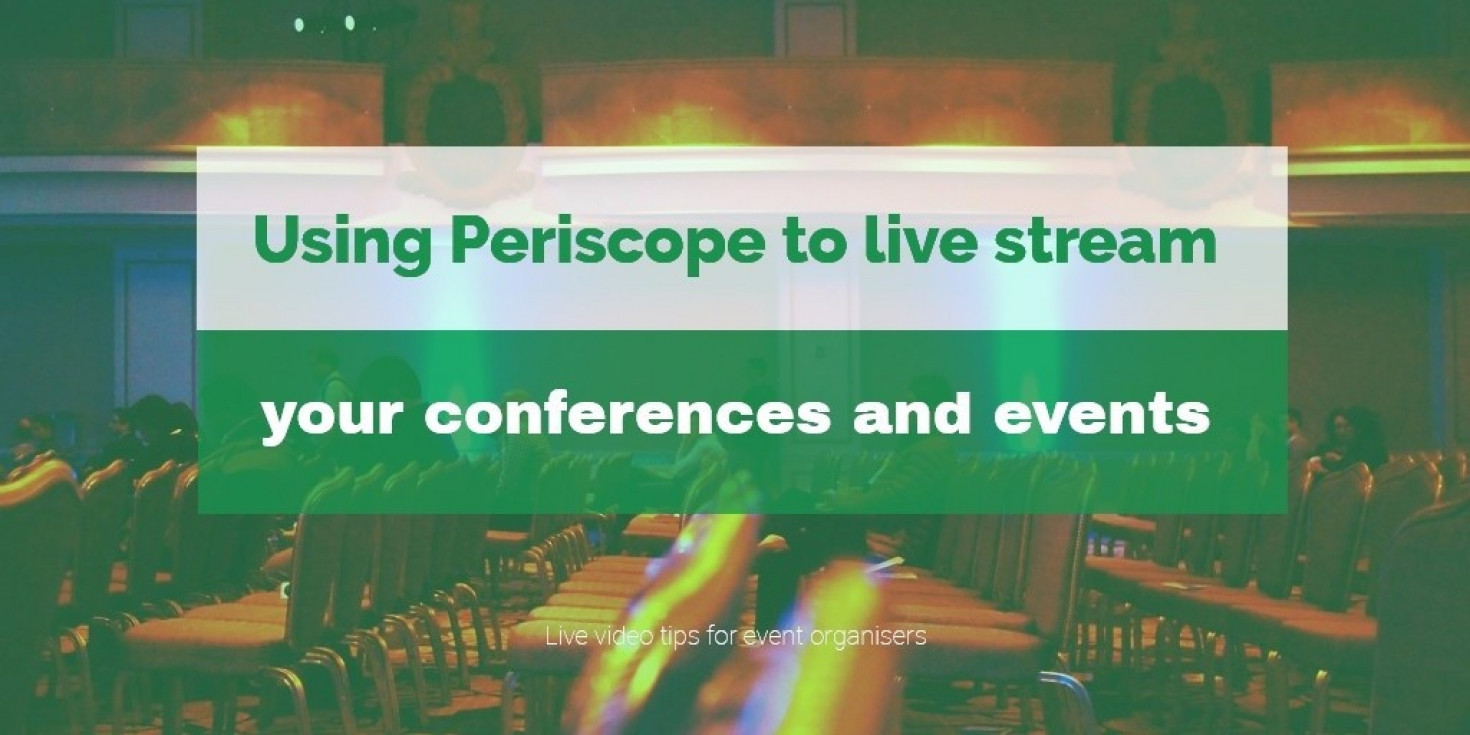 Increasingly with the ease of access of using live video especially from mobile devices, I am noticing more people using live video at events. This may be the organisers, sponsors, attendees or the speakers.
This article covers three key tips if you are an event organiser and want to extend the reach and visibility of your event using Periscope as a live stream platform.
Read more > 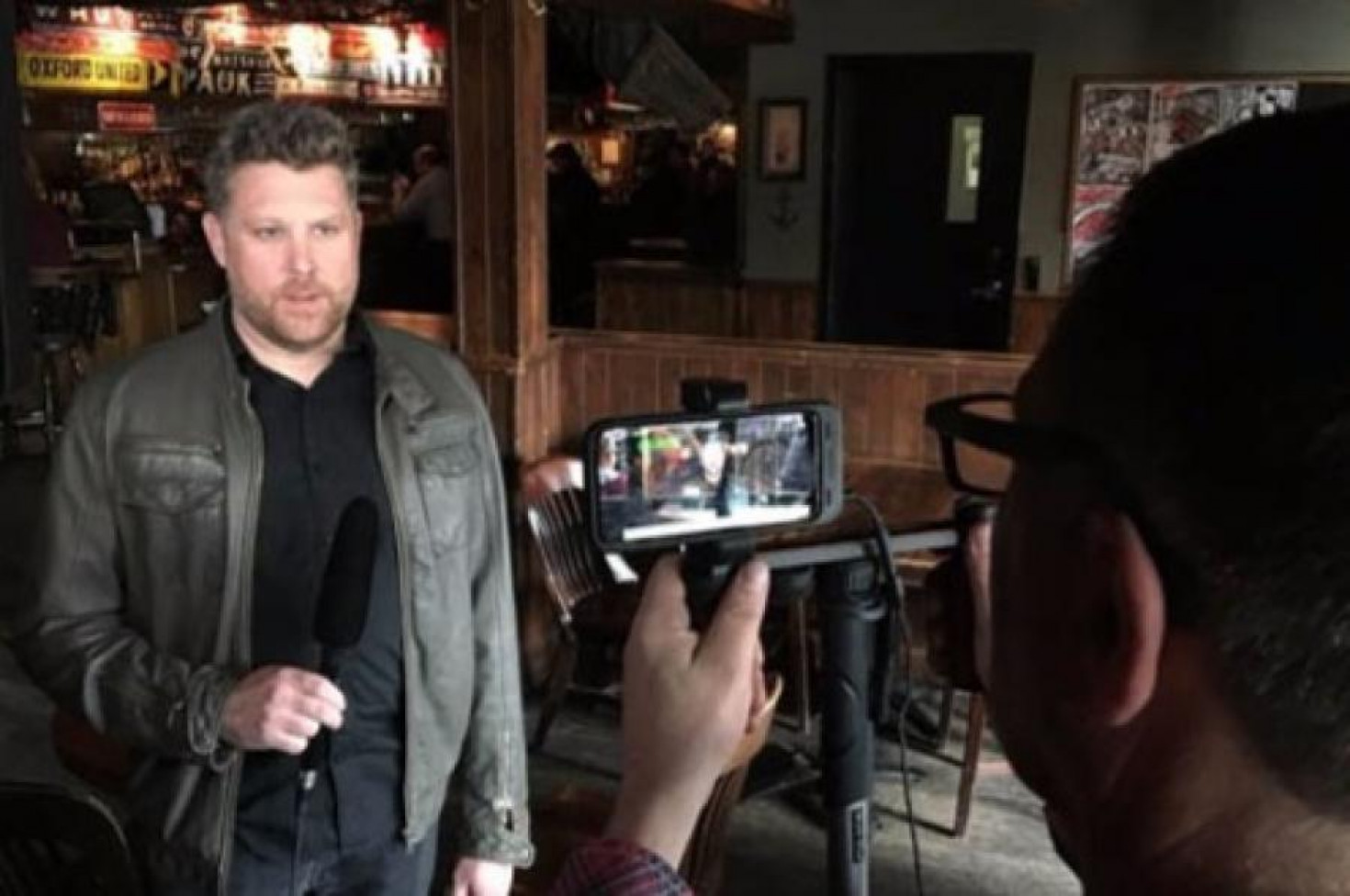 Erin Collins a Senior Reporter for CBC Calgary that I met at MoJoCon last year is mentioned in an article about how the regional station placed four reporters equipped with iPhone 6 smartphones and Sennheiser wireless microphones in different locations around Calgary – including one on a moving train – to cover a 90 minute story which will now be edited to 60 minutes for TV.
The reporters had an earpiece connected to a second iPhone which linked them through to the control room and it enabled them to respond to viewer comments and questions that were being read out to them during the live stream.
Read more >

Nasa and Amazon to livestream the first 4K video from space

From 250 miles above Earth, Nasa astronaut Dr. Peggy Whitson will be in conversation with Sam Blackman, Amazon Web Services Elemental chief executive who will host a panel in the Las Vegas Convention Center (LVCC) Wednesday 26 April 2017.
You will be able to watch the live stream from here.
Read more > 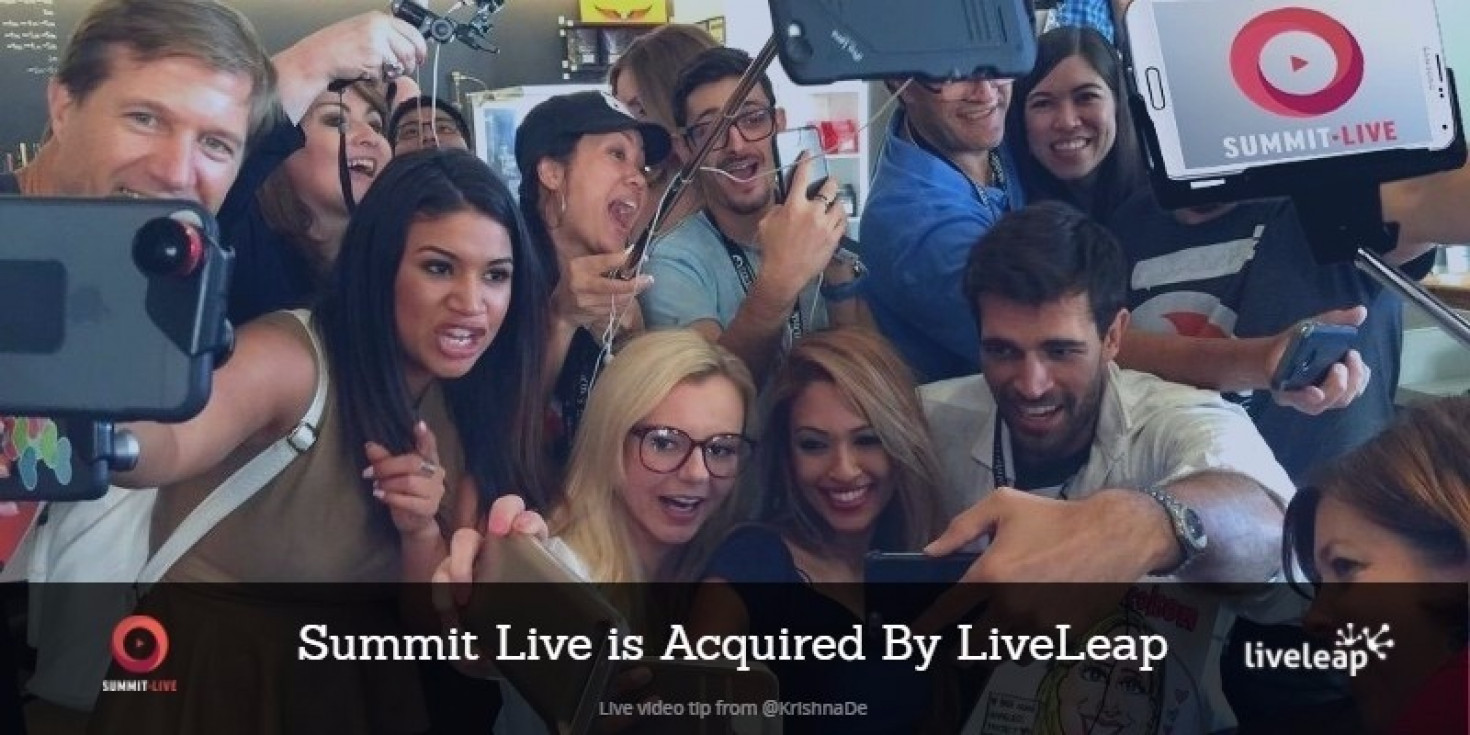 Summit Live is sold to LiveLeap

LiveLeap the Facebook Live syndication product has acquired Summit Live (formerly Periscope Summit) including the assets, event, and following. It will be interesting to see what happens now for future Summit Live events.
Read more >

Brandlive is to launch a new platform on 27 Aprl 2017 that will allow simulcasts to Facebook, Twitter and YouTube. It is not clear from the announcement how this will be permitted given Facebook’s terms of service for live video which does not permit simulcasts.
Read more > 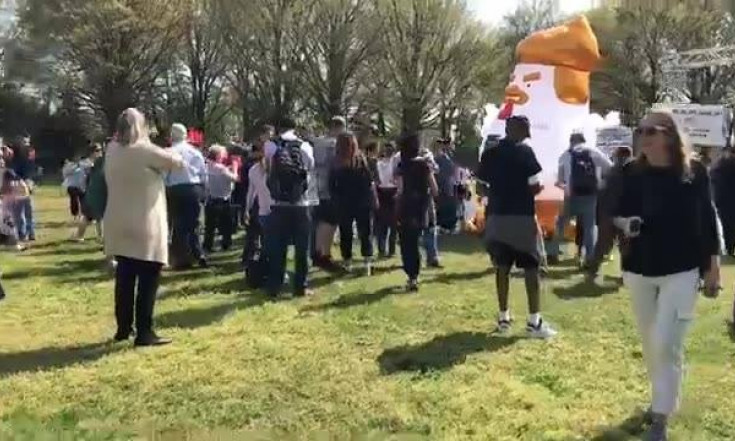 At the Tax March in Washington DC on 15 April, the New York Times Politics page live streamed and all they used for the mic was their iPhone ear buds – sometimes you have to use the tools that are to hand!
Watch the replay >> 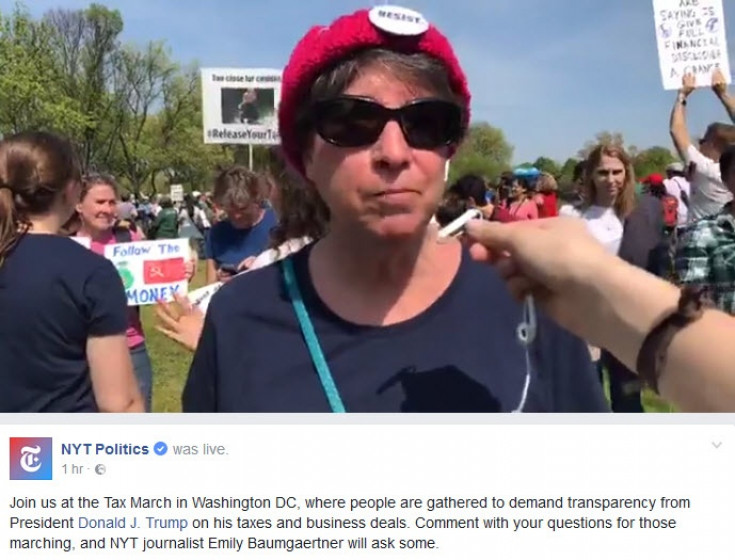 Tribe the group video messenger app launches the ability to go live with 8 people at the same time. There are many similar apps such as Teleparty, Kik, HouseParty, Musical.ly so it is not clear what makes Tribe different. It also appears they have acquired Nomadcast to help them build out live video.
Read more >

The independent news site for political, economic and human rights news, whose headquarters is a small office in Caracas, arose in 2015 due to the need for independent media to combat an information blackout in the country.
Efecto Cocuyo began with simple broadcasts of protests, confrontations and political events, with a minimal investment in smartphones and 4G data plans. Since starting with Periscope, they have done 420 broadcasts.
Read more > 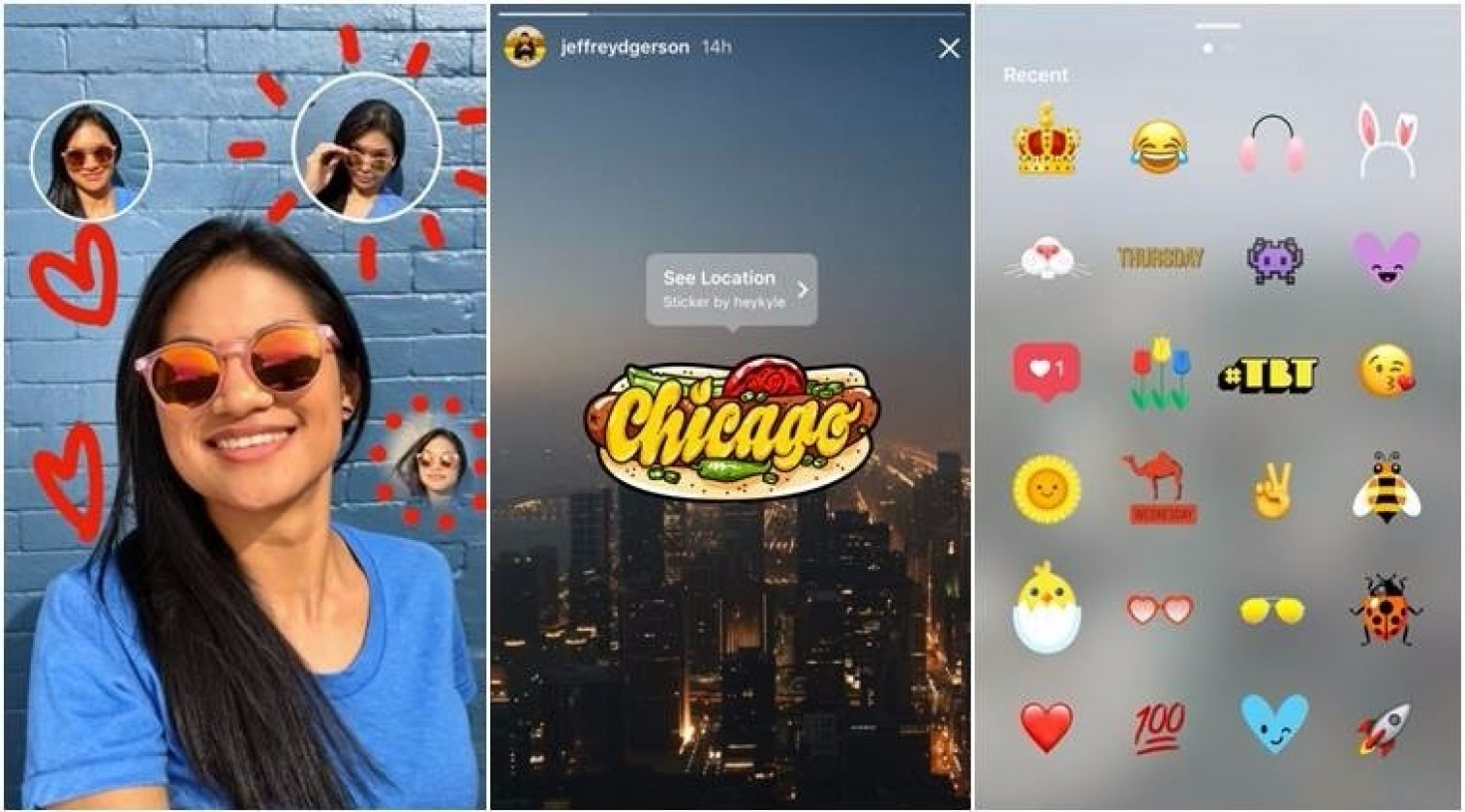 Instagram announced that 200 million people now use Instagram Stories every day. This is almost 50 million more than Snapchat which has an average of 158 million users a day according to the IPO filing in February 2017.
Instagram also launched new sticker tools (enable the updates by using the latest Instagram app which is 10.16 for iOS in the Apple App Store and version 10.16.1 for Android in Google Play). Some of these new Instagram Story features are similar to those launched by Snapchat some time ago including:
Learn more about these updates in the Instagram Help page.
In addition, Instagram has launched a new Instagram Direct to make it fast and easy to turn any conversation into a visual conversation with photos and videos.Check out the article about the update here.
Just swipe left into Direct and tap the new blue camera icon at the bottom to take a disappearing photo or video, or tap the blue camera icon in an existing thread. Swiping right from feed will take you directly to the camera.
Tap the arrow to send it to individual friends or groups of friends.Keep track of who has seen your message through notifications within the thread. When you receive new disappearing messages, they’ll be highlighted blue in your inbox. Tap to view them and you can replay them once. The sender will be notified if you replay or screenshot the message.

Read all about Instagram Direct in their Help pages.

Read more >
A round up of Facebook news:
LinkedIn Updates:
LinkedIn has been updating a number of features on desktop. Some the key ones that have been recently introduced include:

Other Digital News You Can Use 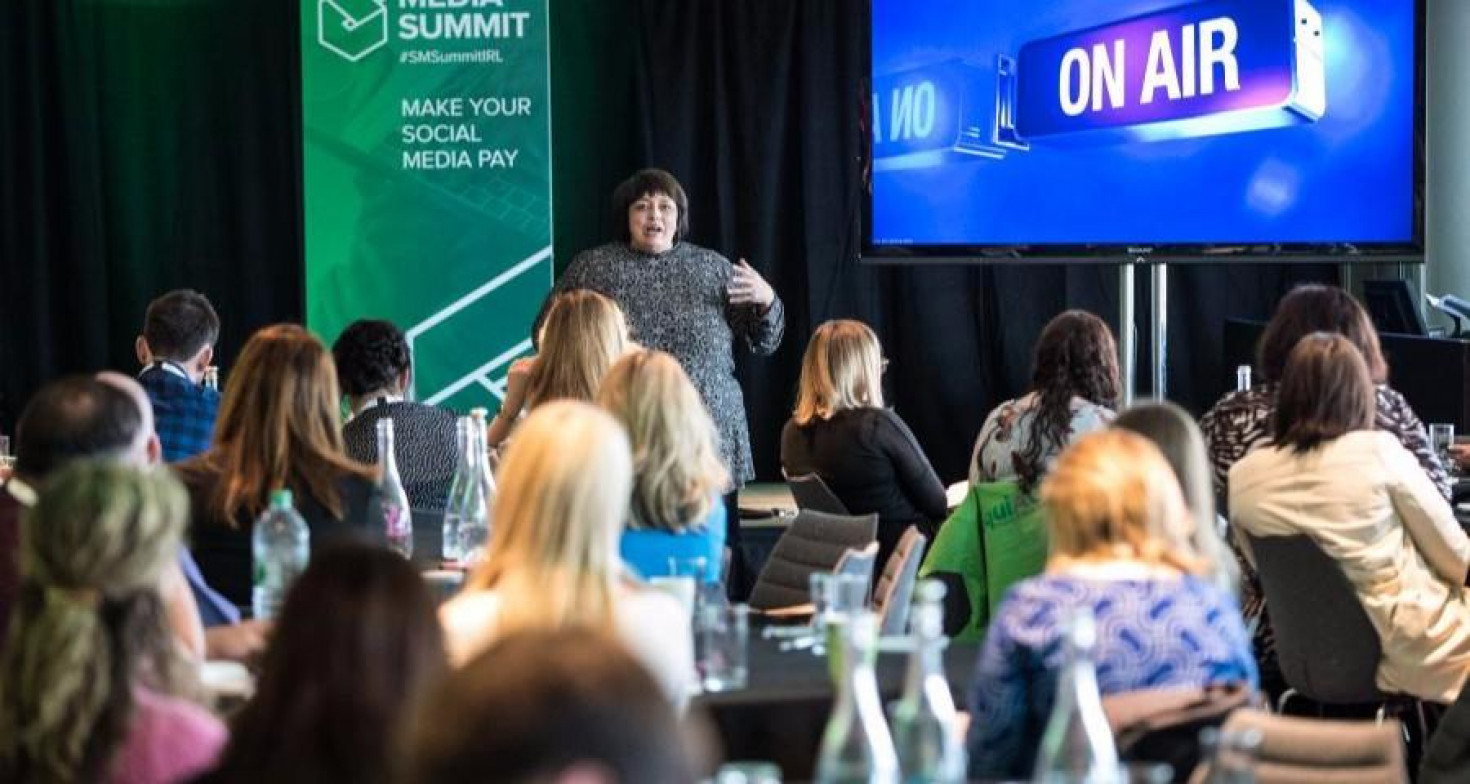 Were you at my masterclass on live video at the recent Social Media Summit in Ireland? If you missed checking out the resources including how to ask me your key social and live video questions then you can find all the links PLUS access my presentation.
And if you would like to join my FREE accountability Facebook group for those of you absolute newcomers to live video you can private message me on Twitter or contact me on my website for details of how to join us.
Read more >